Native to warm temperate and tropical regions of the world, Lemongrass is a tall perennial grass its oil is used as a natural pesticide, and can be planted in domestic gardens to keep insects away, also as a preservative having antifungal properties. Despite its ability to repel insects, the oil is commonly used as a "lure" as the pheromone created by the honeybee's gland, in trapping swarms or attempting to draw the attention of hived bees.
Ancient eastern belief holds that Lemongrass possesses the power to induce psychic abilities, enabling people to read minds and have visions of the future. Current Eastern folk beliefs are more practical and maintain that the plant is effective for easing jet lag, indigestion and headaches.

Chamomile tea is an old favourite and who can forget Peter Rabbit being infused with this tea by his mother when he was feeling poorly. For me personally, this tea always tasted a bit too medicinal, but this blend with lemongrass is interesting. The lemongrass adds a pleasing zesty citrus contrast to the more earthy chamomile and this combination results in an enhanced flavour with more character. 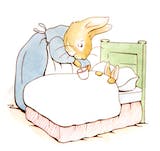